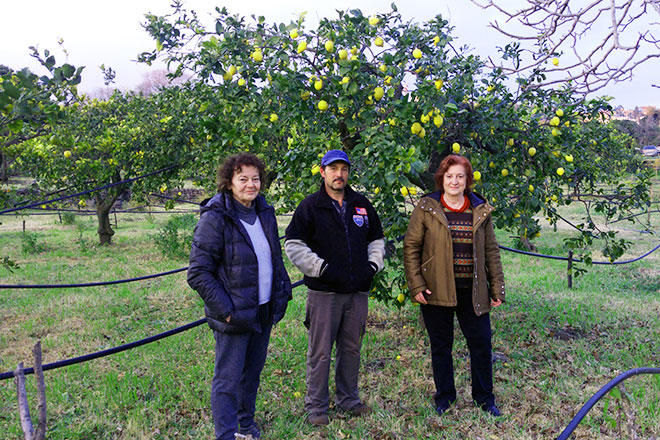 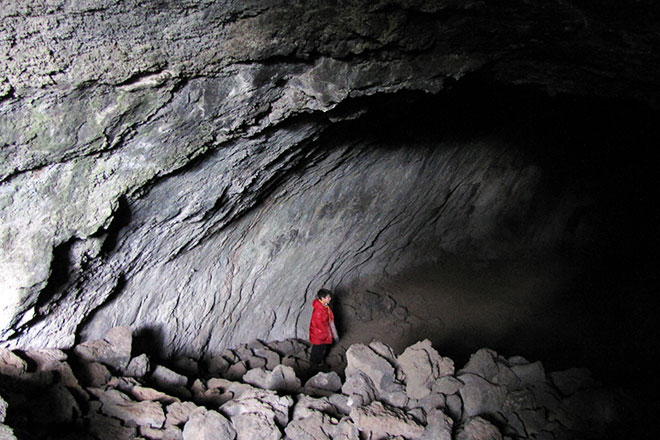 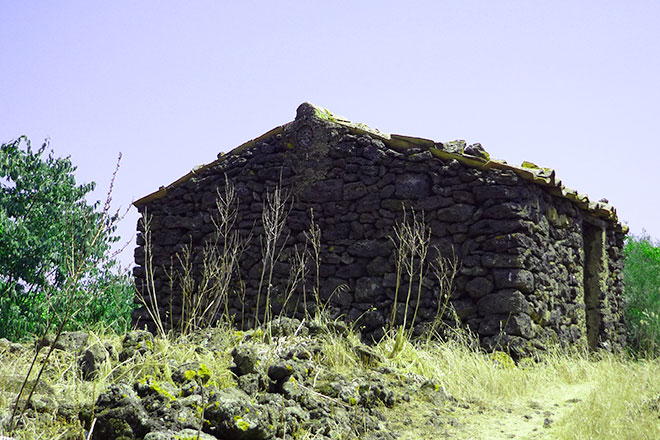 The Di Francesco farm has its land within the geographical area of Limone dell'Etna and more precisely in that Etna hilly area at an altitude of 260 meters above sea level, falling in the municipality of San Gregorio di Catania, overlooking the cliff Ionic of Ognina and Acicastello; it can be easily reached both from Catania, from which it is only 6 km away, and from the rest of Sicily, as it is only 1500 meters from the Catania-Messina motorway exit and the Catania ring road; finally it is only 1000 meters from the historic center of the town of San Gregorio.

It mainly cultivates lemons of the variety "Femminello zagara bianca" following the dictates of the production regulation of the Etna lemon (PGI). The agricultural practice adopted also blends the oldest agricultural techniques handed down for generations, such as the "forcing" of plants for the production of "verdelli" summer fruits, and the most modern knowledge of organic and integrated agriculture, because a good knowledge of natural cycles and of the territory in which they operate, they contribute to achieving a good quality production with total respect for the environment, which a highly industrialized agriculture does not allow.

But our company is not just about our products, it is also a historical memory of the area and of ancient customs, it is the custodian of biodiversity, it houses a naturalistic area and an important geological site. In fact in it there are still two ancient artefacts characteristic of the Etna area, the so-called "casedde", buildings with lava stone walls (made by choosing appropriately the lava boulders collected on the ground during the works of stone removal) and coverage in reeds and bent tiles; they are used as a tool shed and warehouse and date back to the time when the company was part of a large wine estate run by the family since the mid-1800s.

Just as many of the irrigation water distribution works that were carried out between 1954 and 1956 have been preserved, that is when an important land transformation was undertaken necessary for the planting of 4 hectares of lemon grove. On this occasion, in addition to being enhanced the viability with the construction of a road that runs through the property from north to south, indispensable for the transport of the products, all those works necessary for a basin irrigation system were carried out; in particular 2400 m of canalization, consisting of gullies, in clay or terracotta, placed on walls in lava stone ashlars positioned between the terraces, accompanied by diversion shutters in terracotta at the joints, the collection and distribution tanks, the castles.

Furthermore, in the area further south-east of the property there is one of the geological sites that are part of the "Integral Immacolatelle and Micio Conti Natural Reserve", it is a lava flow cavity registered with the name of "Grotta Di Bella", which it is distinguished by the considerable size of the large main room which reaches a height of over 8.00 m; it is accessed through a narrow entrance immersed in a small grove of native wild plants consisting mainly of bagolari, olive trees and prickly pears.

One of the many areas populated by various spontaneous plant species typical of Etna which constitute small oases of biodiversity that enrich the company. So walking along the main road that crosses the whole farm or going on the pedestrian paths, which penetrate the property, you can find yourself immersed in the lemon garden, and enjoy the scent of orange blossom or the fragrance of citrus still not collected, or come across in the various fruit trees that are scattered around the property, and at the same time take a look at the complex irrigation systems adopted since ancient times.

How can we stop in the shade of some olive trees or one of the many groves rich in a varied Mediterranean flora, without ever losing sight of our Etna; or finally follow the path, composed of large slabs, of an ancient lava flow of prehistoric age until you reach the mouth of the cave, looking at the Ionian Sea and the Acicastello cliff.